Ep 44: Should You Tell Children About Inheritance Plans + Other Listener Questions

If your estate plans include leaving behind a money to your children, should you tell them about it ahead of time or make it a surprise? There are arguments for both sides and we’ll share some of our guidance on that topic. Plus, we’ll cover annuities, retirement income, trusts, and investment strategy on this mailbag edition.

Legacy planning is often a key part of what we do with clients when their goals include passing along assets to family or loved ones. When you have the opportunity to lay out a plan, you are able to maximize what you’re able to leave behind.

A question that comes up a lot during this process – and it did from a podcast listener as well – is whether you should tell your beneficiaries what you plan to give them. This listener has a significant amount of money and they don’t believe their children have any idea of their net worth. So is it best to tell them now and let them plan for it or just surprise them with it?

As we’ll explain with a little more detail on the show, it’s a 50-50 answer depending on the client and their children. On one hand, you would love to allow them to plan for the money so they aren’t hit with a huge tax bill after receiving the gift. But the other side of the coin says telling them now might make them reliant on it and keep them from saving enough money on their own.

So we’ll discuss that topic today on the podcast as we open up the mailbag to take five questions. One of those submissions hits on another estate planning question: should you have a trust? This is another way to approach your legacy plans as well so it ties in with the other question we received.

During this show we’ll also talk about avoiding high fees from an annuity by paying a penalty to get out of it. Is it worth the trade-off?

Then we’ll take a question about retirement income and how much you might need. As we say often, it’s going to depend from person to person because it’s all based on your goals for retirement. In this case, the listener plans to travel to all seven continents. So should they plan on needing more income than they have now?

And finally, let’s talk about how investing goals shift from accumulating to protecting. How close to retirement should you begin thinking about changing your strategy to a defensive-minded approach?

0:48 – Mailbag Question #1: I have a variable annuity and just found out the fees are very high. I’d like to move the money but I’d have to pay a penalty to take it out. Is it worth it to avoid the fees?

2:26 – Mailbag Question #2: We should be leaving a decent amount of money to our kids. Should we tell them about it now or surprise them with it later?

4:51 – Mailbag Question #3: We have big travel plans when we retire, including all seven continents. Do we need to plan having even more income in retirement than we have now.

7:06 – Mailbag Question #4: Is it wise to have a trust as part of my financial and estate plan?

8:50 – Mailbag Question #5: When should I start focusing less on growing my money and more on protecting it instead? I plan to retire in two years.

Do You Lack Confidence to Retire? 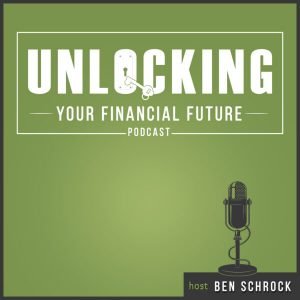